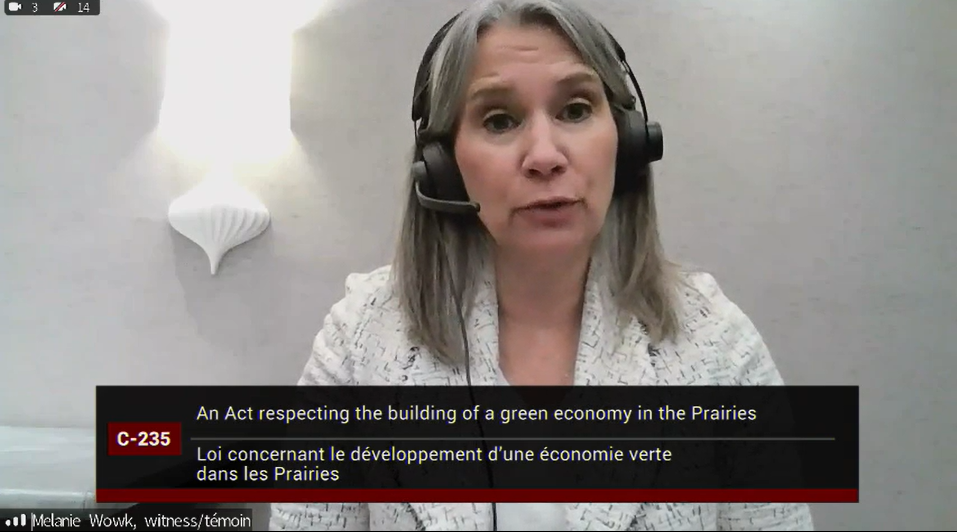 ABP speaks to Senate Standing Committee on Agriculture and Forestry

“Our hope for this legislation, and we believe for it to be truly effective at achieving a green economy, is for it to not disadvantage beef producers,” said Wowk in her opening remarks.

“Therefore, we believe that further edits would strengthen the bill, such as, acknowledging and prioritizing prairie ecosystems and including provinces, and the agriculture industry in consultations, to ensure flexible implementation.”

Watch the meeting on Parlvu.

In October, ABP spoke on this Bill to the the House of Commons’ Standing Committee on Industry and Technology.

“It’s incredibly important that any legislation around greening the prairie economy include beef producers in its consultations, and our Chair, Dr. Melanie Wowk, did an incredible job of sharing that message.”

After hearing from ABP, and other witnesses including the Canadian Cattle Association (CCA), the act was amended Nov. 21 to include the Minister of Agriculture and Agri-Food as well as the Minister of Industry in both development and reporting.

Editor’s Note: Bill C-235 passed in the third reading of the Senate and received royal assent, on December 15, 2022.