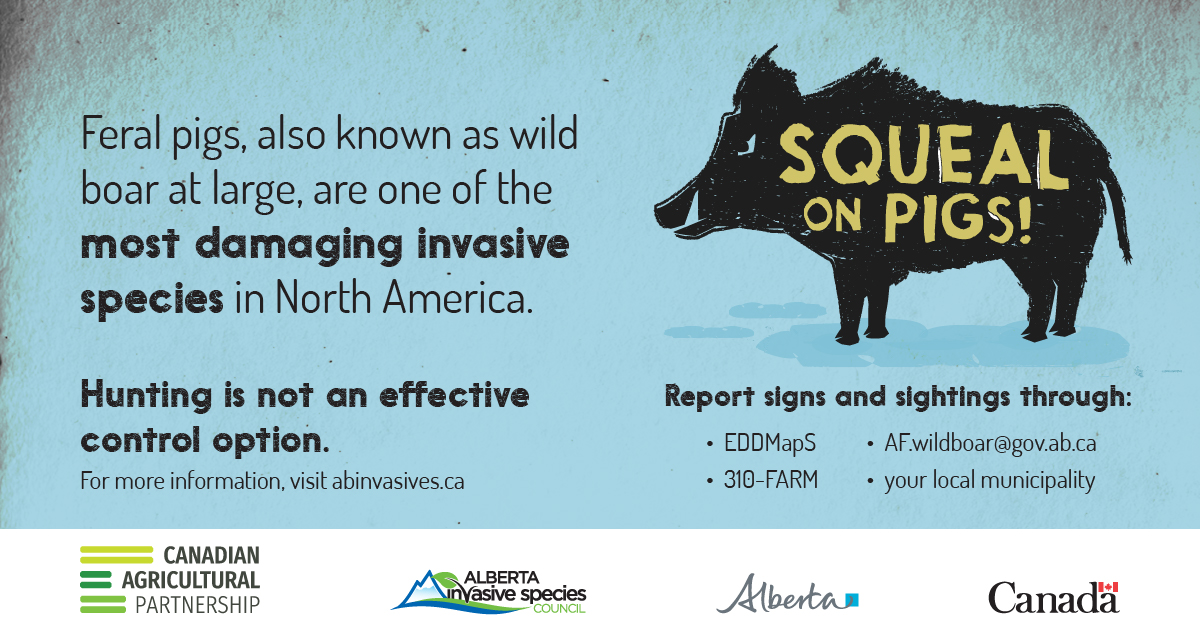 Spot a wild boar, tracks, or rooting in a lawn or pasture? Grab your phone.

Wild boar (Sus scrofa) first came to Alberta in the late 1900s as livestock animals. Unfortunately, over time, some of those animals escaped, and have since established feral populations. These groups, called “sounders,” wreak havoc on land, endanger people and animals, threaten habitat, and have the potential to vector disease.

If you see wild boar at large, report them.

The Squeal on Pigs campaign is supported by the Canadian Agricultural Partnership (CAP), local municipalities, and industry stakeholders. Alberta Beef Producers is supporting the development of information and resources for landowners affected by wild boar populations.

Hear Megan Evans, Executive Director of AISC in conversation with 630 Ched‘s J’lyn Nye. You can also read more on wild boar at large by heading to AISC’s fact sheet and website.