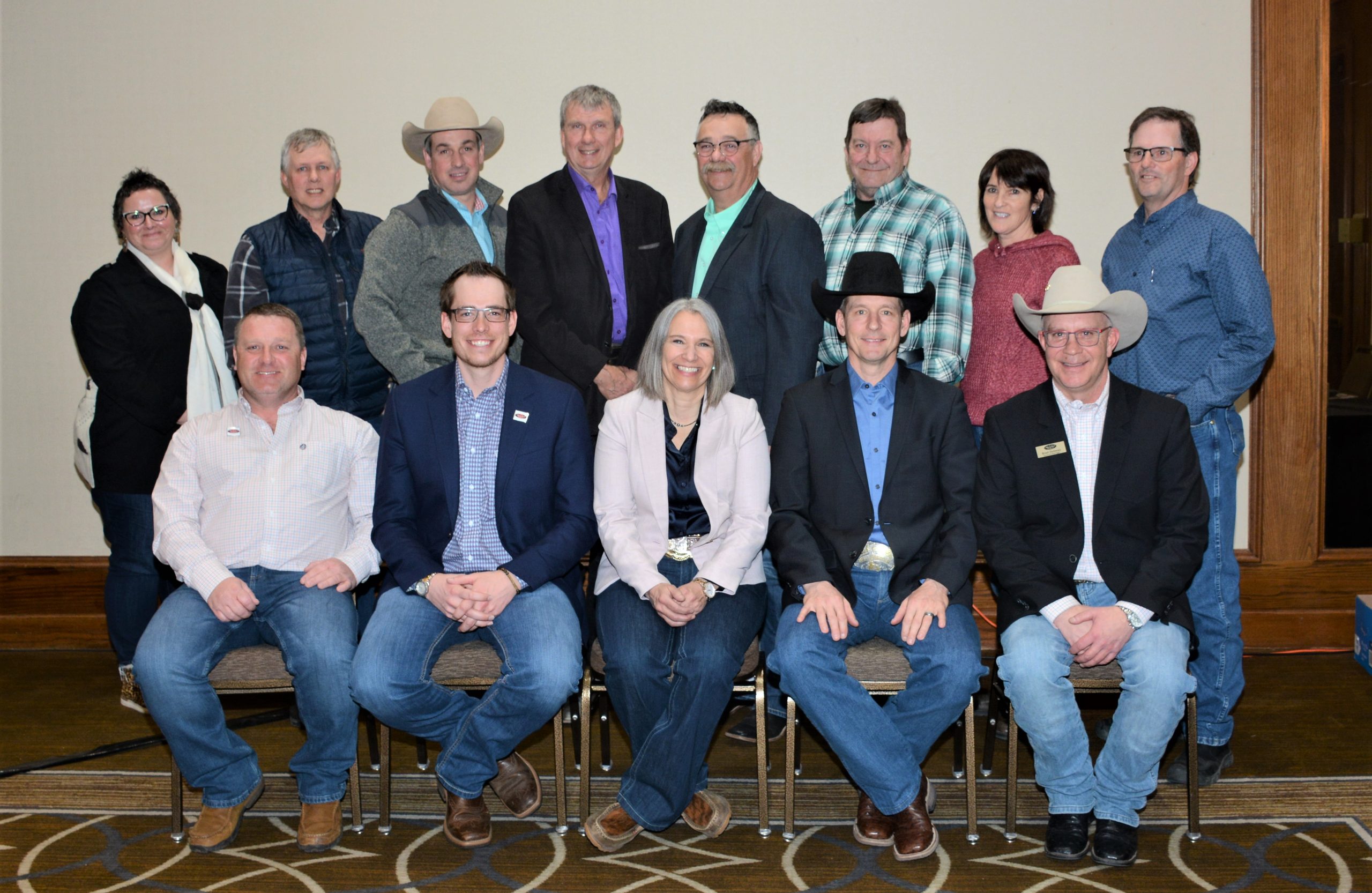 Alberta Beef Producers’ (ABP) 2022 Annual General Meeting (AGM) was held in Red Deer this year, with an online component for guests who wanted to join virtually.

Attendees heard from members of the ABP executive, staff and the Canadian Cattlemen’s Association.

“It was just fantastic to see people, to talk to people, to be able to discuss and see friends and fellow producers,” says Dr. Melanie Wowk, in the following interview. “It was refreshing.”

In a Special Edition of The Bovine, ABP Chair Dr. Melanie Wowk and General Manager Brad Dubeau join host Debra Murphy to re-cap the AGM. Listen to hear about some of the debated resolutions, funding changes, the communications tools, and next steps for ABP.

“Everybody was excited to be back face-to-face and there was some really good conversations held to try to determine the proper direction for Alberta Beef Producers,” adds General Manager Brad Dubeau.

In support of ABP’s move to strengthen our producer outreach and engagement, delegates passed a motion to make regulations changes that will improve our ability to collect contact information.

Additionally, six directors were elected to the ABP board, seven people were elected as CCA board members including two non-delegate positions, and one BCRC representative term was up for re-election.

The Board of Directors re-elected the Executive with Dr. Melanie Wowk as Chair, Jason Hale as Vice Chair, and Brodie Haugan as Finance Chair.

Resolutions from the producer meetings were debated and voted upon by the delegates. They covered a range of topics, including: removal of SRM regulations, funding commitments, wildlife management, adding value to RFID tags for producers, and securing funding for a foot and mouth vaccine bank.

Thank you to outgoing delegates and directors for the time and energy you committed to the Alberta beef industry through your role with ABP.