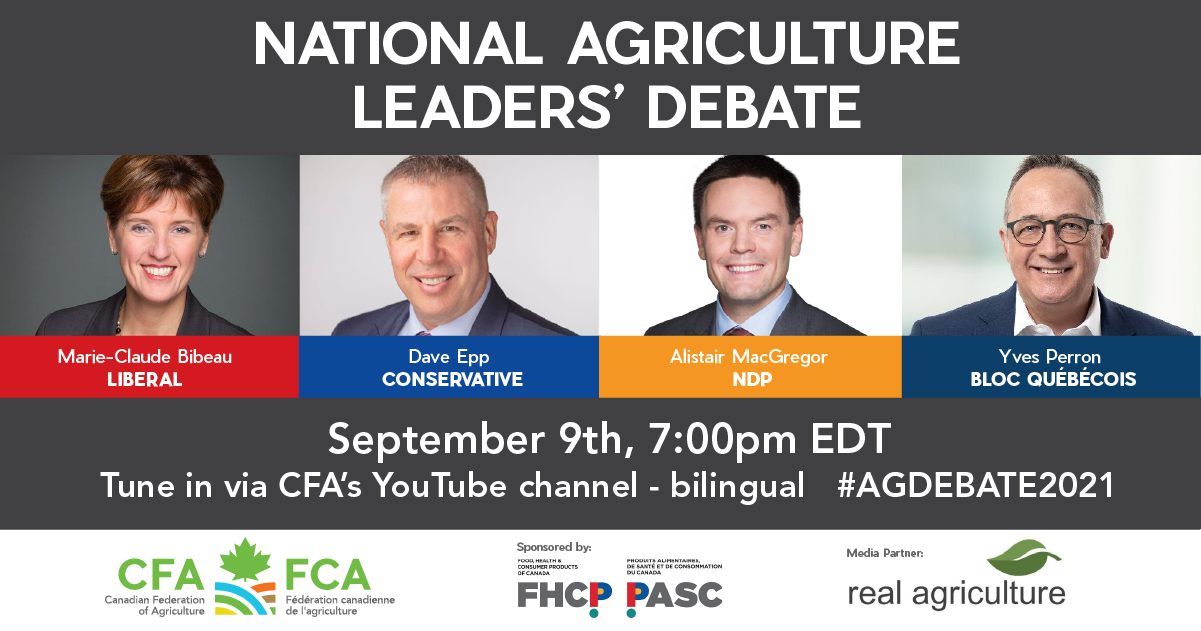 Updated September 2, 2021 to reflect a change in one of the panelists, and new details on how to watch the debate.

The Canadian Federation of Agriculture (CFA) is once again hosting a National Ag Leaders Debate, this time in the run up to Canada’s 43 federal election.