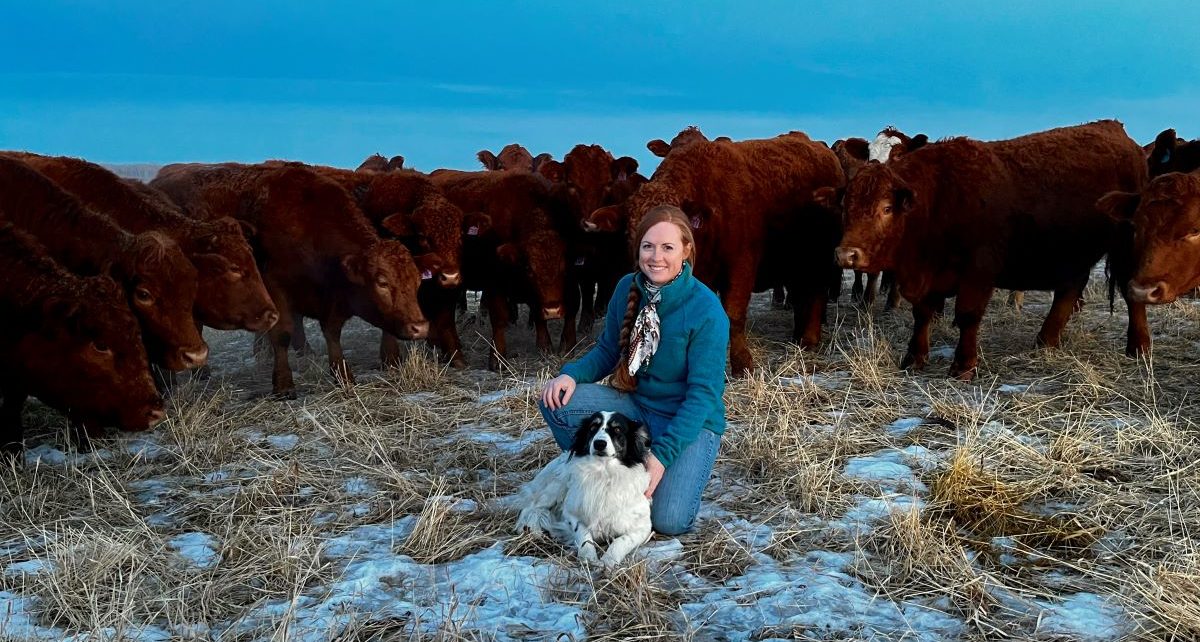 The more you treat her like a cow, the better cow she will be

One of the most illogical things we do as beef producers is overfeed or pamper our heifers through their first winter in hopes more will become pregnant in the spring. Then we say, “Oh, by the way… don’t expect to be spoiled like that ever again!” and we are genuinely upset when they come up open as a lactating 2-year-old.

Here is the secret when it comes to replacement heifers: the more you treat them like cows, the better cows they will be! Let’s look at some research regarding how you can better prepare your heifers for life in the herd.

Our understanding of how to properly develop a replacement heifer has changed a lot since my time as a professional gate opener on my family’s operation. I remember experts at various cattle events encouraging my dad and I to grow our replacement heifers to 75-80 per cent of mature body weight at the time of breeding. By the time I entered college, that number dropped to somewhere between 65-70 per cent. And now, some research has demonstrated you can safely develop heifers for breeding at 55 per cent of mature body weight without impairing reproductive performance or increasing the risk of dystocia. Keep in mind you must ensure these girls maintain a positive energy balance through calving.

This strategy is often referred to as a “rough-it” or “extensive” development system. Having practiced this strategy in my own herd for the last eight years, I can tell you this system is extremely economical and works incredibly well for spring calving heifers. Sorry, those January through March calvers don’t count. But, WHEN and HOW your heifers put on the pounds is just as important as reaching the desired target weight. Here are three different weight gain strategies:

The early-gain group (gray line) is comparable to a traditional drylot system where heifers are likely bunk-fed high-quality feed through the winter but may stall when they hit grass and potentially even lose some condition prior to breeding. The even-gain group (red line) is probably how most folks are used to developing heifers. Heifers may be doing some winter grazing but are regularly supplemented throughout the winter. The late-gain group (black line) is like a backgrounding system where we are consciously limiting gains and reducing our input cost through winter. This is most often achieved by requiring heifers to graze predominantly dormant forage through the winter, or feeding them lower-quality forages, knowing we can take advantage of compensatory gain when those heifers hit grass the following spring. Now let’s look at the impacts of these three systems.

A study led by researchers at the University of Nebraska-Lincoln evaluated the impacts of the even- vs. late-gain system on reproductive efficiency and feeding costs. Following two breeding cycles, both groups achieved 87.5 per cent conception rate; however, heifers developed in the late- gain system had a ~15 per cent increase in first cycle conception rate. They also consumed 12 per cent less feed through the winter, thereby drastically reducing input costs. A solid win for the late-gain heifers!

Another study conducted at the U.S. Meat Animal Research Center comparing heifers from all three gain systems discovered the late-gain group also had a distinct advantage when it came to longevity. Because those girls were less likely to come up open in subsequent years, there were significantly more of the late-gain heifers remaining in the herd by age five compared to the early- and even-gain developed heifers.

So, why do these “rough-it” or “extensive” systems work so well? We can take advantage of compensatory gain and the impact it has on fertility. It is far better to have a slightly thin heifer gaining weight than a slightly over-conditioned heifer losing weight at the start of breeding season. Heifers losing weight or condition going into the breeding season generally have lower conception rates, especially in the first cycle.

More importantly, we are challenging these females early and determining who is best adapted to our environment and management style. While heifers in the early- or even-gain groups are waiting on a feed truck or tractor, the late-gain heifers are out developing more efficient grazing habits that will serve them well for years to come. In fact, heifers in my own herd are forced to graze through the first winter storm alongside their dams so they have the opportunity to pick up some good habits before they are weaned.

Long story short: if you run your heifers like your grassers, with the exception of turning out a bull of course, you will always achieve more economical pregnancies. Expose a few more heifers the first year – you try this strategy if you fear your herd isn’t entirely in sync with Mother Nature. Personally, I would rather find out who doesn’t fit my management system early, and have them come up open as a heifer, compared to subsidizing them through their first calf and then having them come up open as a second or third calver.

By the way, those open 800-1,000 lb. heifers sell pretty hot in August and September if you can preg-check them early. Moral of the story: other than pail-feeding a handful of grain here and there to improve temperament, there is no overfeeding allowed when it comes to developing replacement heifers. 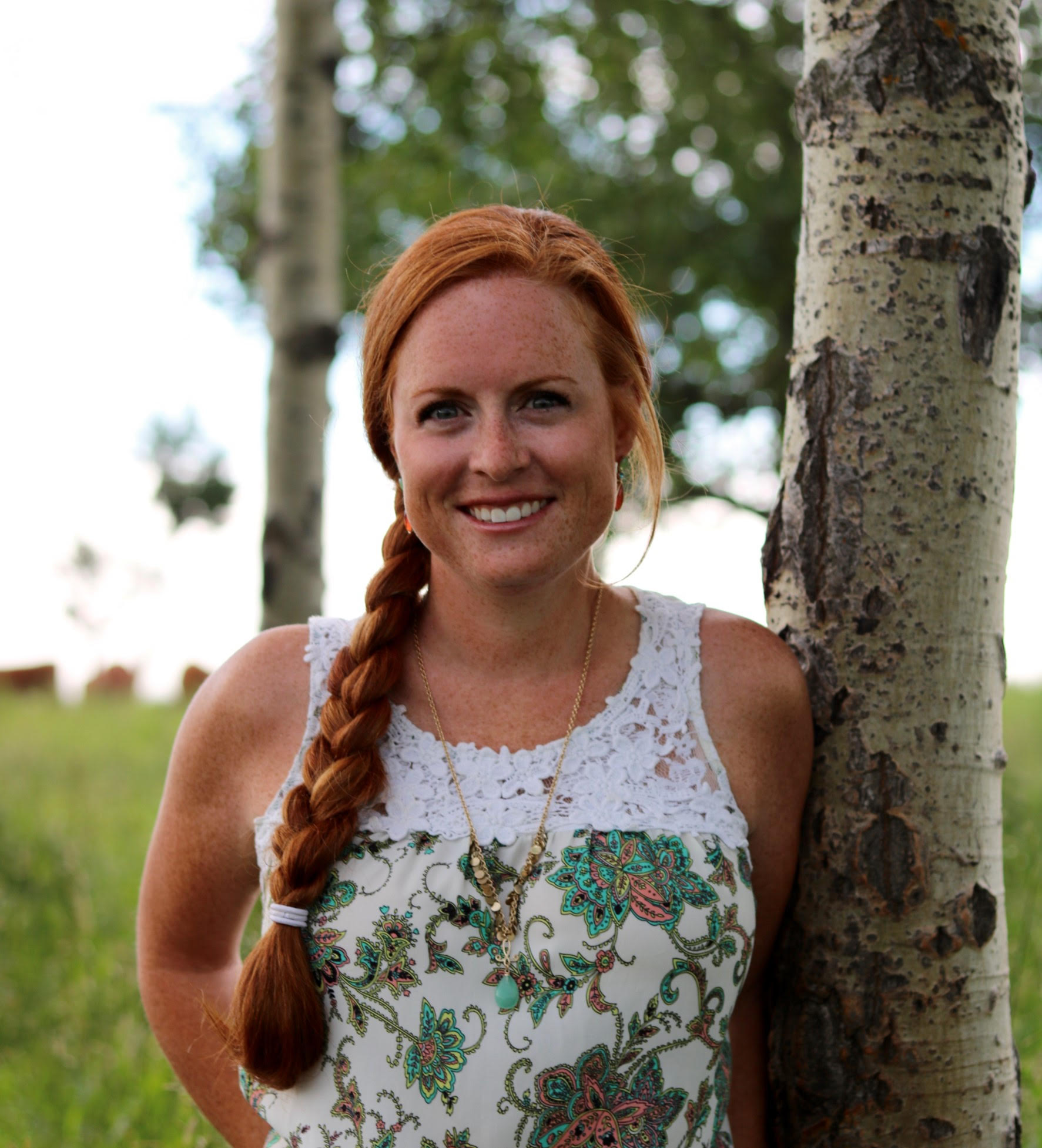 Elizabeth R. Homerosky
Elizabeth R. Homerosky was born and raised in southern Ohio, where she was actively involved in her family's cow-calf operation. She earned her DVM at Ohio State, and attended graduate school at the University of Calgary. Dr. Homerosky joined Veterinary Agri-Health Services (VAHS) in 2016, and has since been awarded Food Animal Educator of the Year by WVC, named AABP's Emerging Leader, and became a partner at VAHS. Dr. Homerosky ranches west of Crossfield, Alberta.