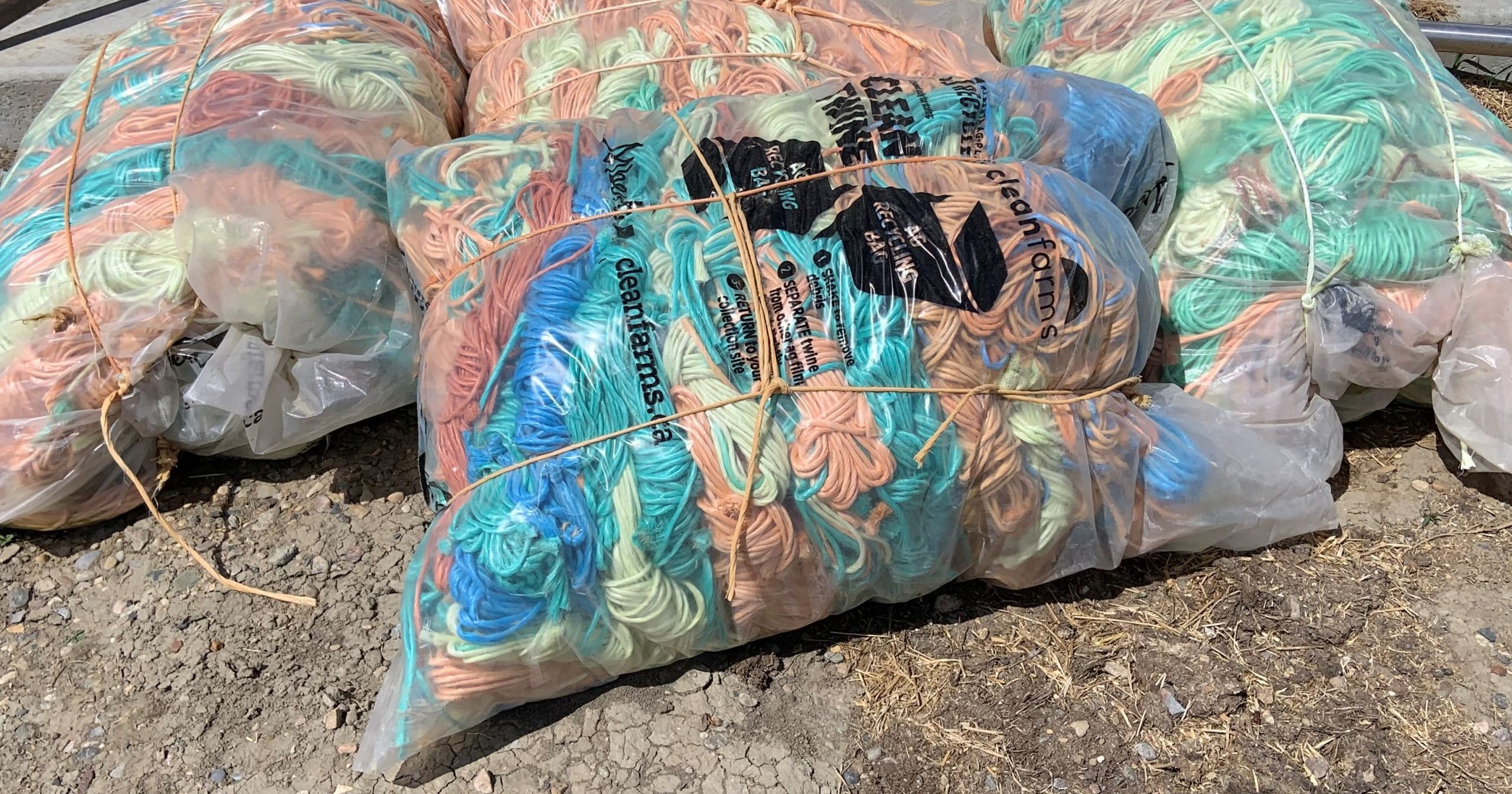 Baler twine collected for recycling in the ‘Alberta Ag-plastic. Recycle it!’ pilot. (Cleanfarms)
May 10, 2022 Checking in with ABP

The ‘Alberta Ag Plastic. Recycle it!’ pilot, originally slated to wrap up in April will now continue until at least the end of August 2023.

“Farmers are dedicated stewards of our lands, and this program makes it easier for them to recycle commonly-used items like grain bags and baler twine,” said Minister of Agriculture, Forestry and Rural Economic Development Nate Horner. “We’ve been so impressed with participation in the pilot program that extending it even further was an easy decision.”

Twine – it’s one of the easiest ag plastics to recycle. Really!

In addition to its extension, the pilot has been granted $115,000 in additional funding.

“This extension opens doors to expand the program to areas of the province not previously included, broadening opportunities for more farmers to participate in the program by recycling their grain bags and used baler twine,” said Al Kemmere, Chair of the the Agricultural Plastics Recycling Group (APRG). “The long-term goal of the group is to expand the pilot into a permanent program.”

According to Cleanfarms, over the three years of the pilot, over 1,700 tonnes of grain bag plastic and 230 tonnes of baler twine have been recovered.

“The extension will focus on increasing participation for baler twine recycling,” said Barry Friesen, Executive Director of Cleanfarms. “It will enable us to investigate potential barriers to twine recycling and target education and promotion to encourage farmers to bring back more of this used material.”