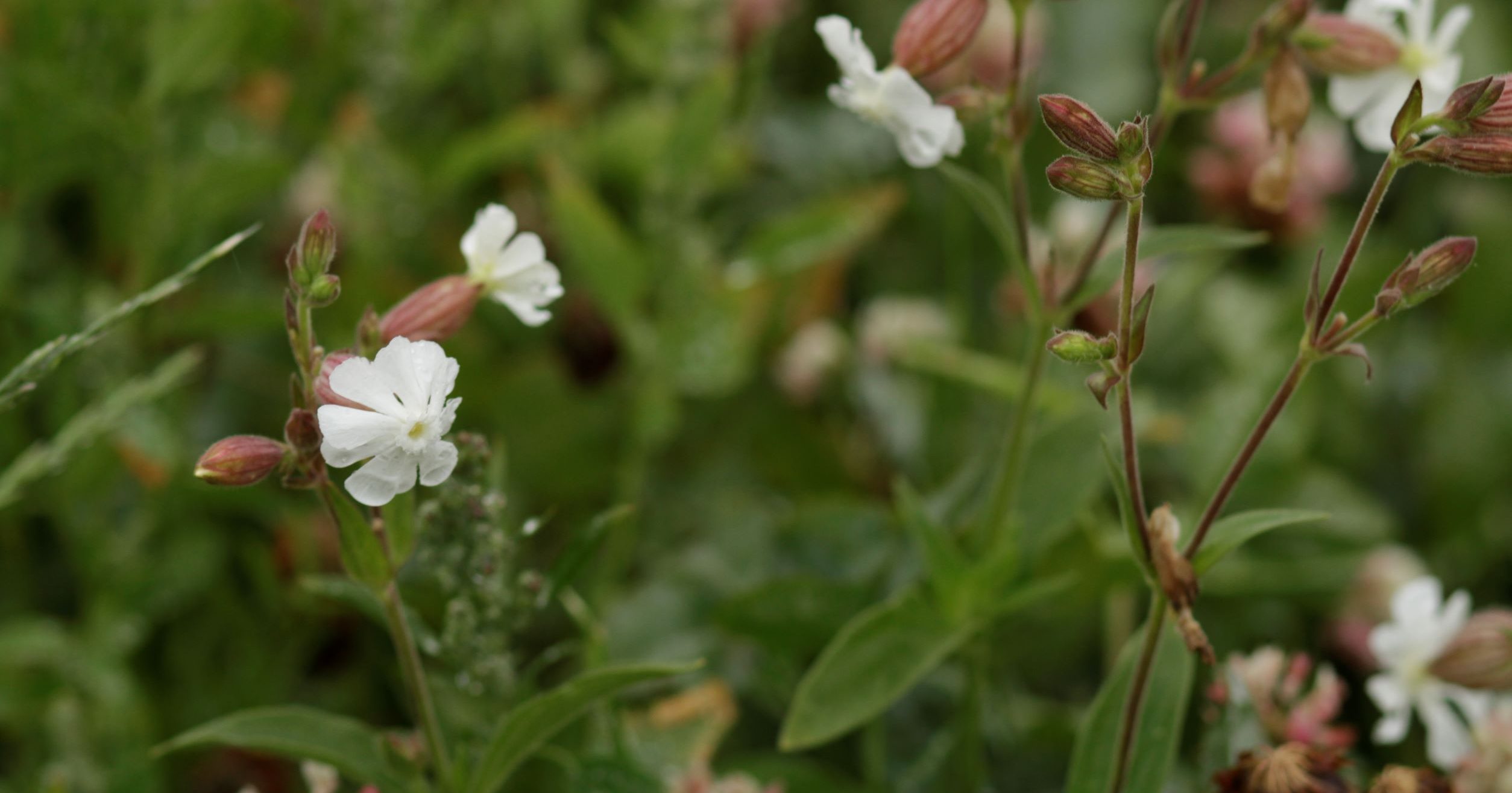 According to Alberta Agriculture and Forestry, one female white cockle plant is capable of producing over 24,000 seeds. (Debra Murphy/ABP)
November 5, 2021 Health & Production
by Debra Murphy

We all know a few best practices to lower the chances of vectoring weed seeds. We can knock mud off our boots, inspect pets, and clean equipment. But what about when we buy off-farm feed — in a drought?

Megan Evans is passionate about invasive species, which makes sense given her role as Executive Director of the Alberta Invasive Species Council (AISC). She has ideas for producers introducing feed from another area.

Under the Weed Control Act prohibited noxious weeds must be destroyed.

Under the Weed Control Act noxious weeds must be controlled.

Something out of the ordinary

“We recognize that not everyone is a botanist and can identify every plant,” Evans laughs. “Know where you’ve introduced forage or hay that’s come from off the farm, and then monitor that location. And you’ll want to be doing that long-term.”

According to the AISC, weed seeds from absinthe wormwood, oxeye daisy, and cow cockle, as examples, can remain viable for three or more years. And for some species, seeds can remain viable into the hundreds of years.

Find something that looks new, or unusual? If you’re unable to identify it yourself, take a moment to prepare to share it with an ag fieldman, your favourite agronomist, or someone from AISC.

“Most of us have a smartphone in our pockets, and we can use those to take really good photos these days,” says Evans.

Evans advises taking pictures from a few different perspectives, to include close-ups of the flower/seed head, leaves, and leaf composition, and then stepping back and take a photo of the whole plant.

“That is the Cadillac. We can identify that plant for you, if we get all those photos, most of the time.”

If you find a species that is known to be invasive in Alberta, it’s time to do some research. Prioritize control and elimination, and report it through EDDMaps.

There’s not one right control method, says Evans, and it depends on the species you’re dealing with, and where it is in its life cycle.

“It’s always going to be situationally specific, and you need to come up with a different plan for different species on your property.”

Keep on keeping on

Many landowners and managers already have experience with invasive species (looking at you, Canada thistle, absinthe wormwood and white cockle). Thankfully, for those of us who feel like it’s a never-ending battle, Evans has some words of encouragement.

“A colleague once said, ‘when you’re dealing with invasive species management, our successes are invisible, but our failures are everywhere. And I bring that up to say you’re probably doing a good job in preventing it from spreading further, and imagine if you hadn’t done all the work you’ve been doing.”

Evans says in cases of established weeds, producers might be dealing with underground root systems, or those long-viable seeds mentioned earlier.

And while we have to keep on keeping on with those species, here’s hoping our vigilance in watching imported feeding sites stops any potential additions.

“An ounce of prevention is worth a pound of cure,” says Evans. “Those are very true words in invasive species management. So the single, most efficient, cost effective and easiest way to manage invasive species is to prevent them from establishing in the first place.”