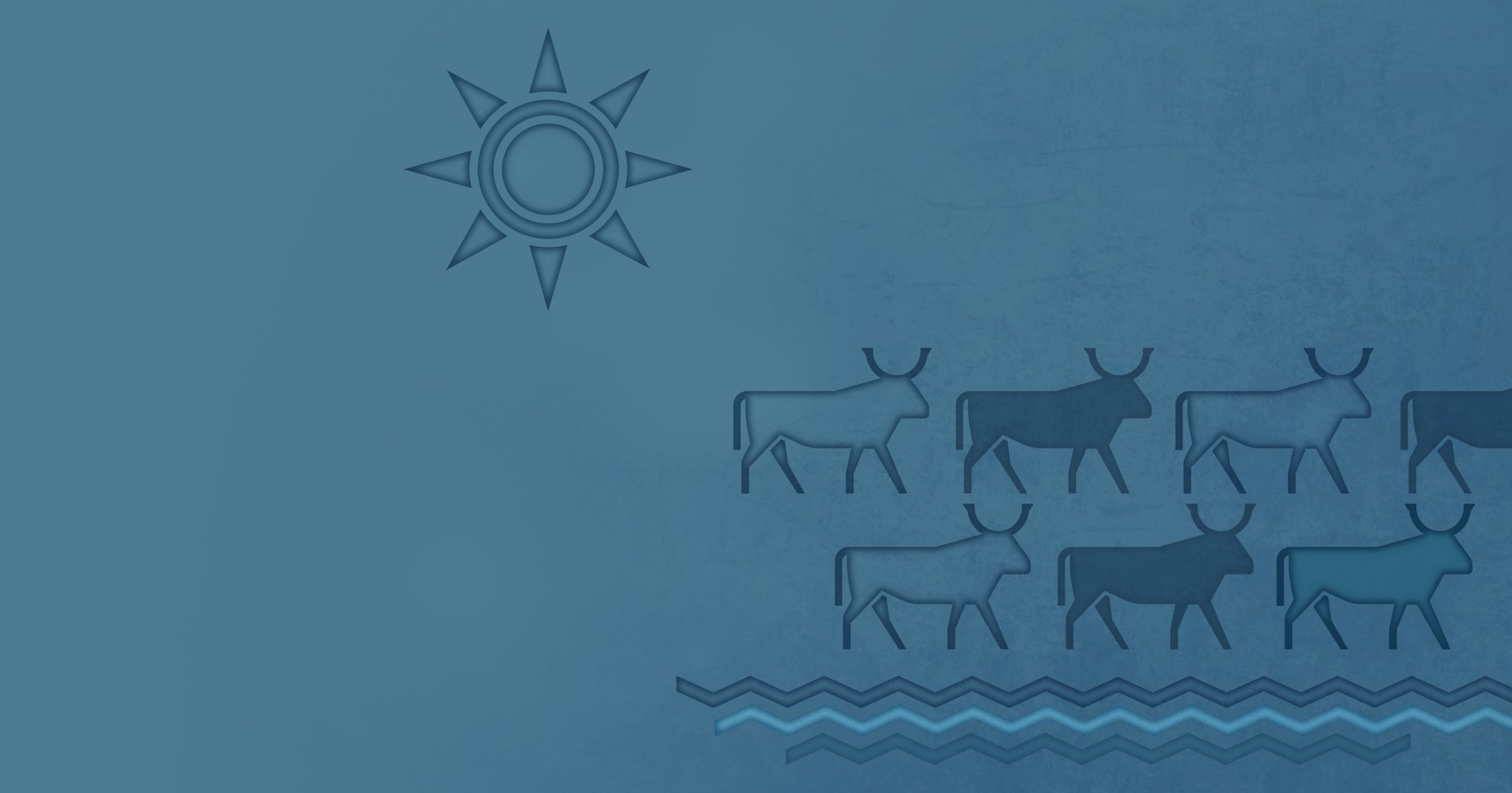 7 Lean Cows: Managing the lean years is key to longevity

2500 years ago, a Pharaoh in Egypt had a dream he couldn’t interpret. It involved 7 fat cows grazing by a river, sleek and fat in the sunshine. Then 7 lean cows came out of the river behind them and ate up the 7 fat cows and didn’t look any fatter for having done so. If you don’t know the story, a young man named Joseph interpreted the dream to say that Egypt would have 7 good years followed by 7 years of famine. He suggested the pharaoh put up one-fifth of the food produced in the 7 good years in storage to prepare for the tough years ahead. An early example of stockpiling that paid off in spades.

When the famine came it was widespread. Egypt opened its granaries to the world for dear prices, which ultimately helped develop Egypt into one of the most powerful empires in the world.

In the days of the great winter storms of 1887 and 1906, ranchers didn’t put up much hay. Rather, they migrated cattle to winter ranges. A lot of the ranchers were grazing 10 acres per cow in those days in country that often required 30 or more acres for year-round grazing. When old man winter hit with a vengeance, literally thousands of cattle died in those days and initiated action in the industry to begin to develop haying and farming, reduce stocking rates, and stockpile feed.

My father often reminds me that the old-time ranches that survived were the ones that followed two main principles: when grazing, take half and leave half, and secondly, always have at least a half to a full year surplus of feed to prepare for the dry years.

The idea of storing excess feed sounds like folly these days in the era of highways and hay trucks. If you run short of feed, you just buy some, right? What happens when everyone is out of feed at the same time?

The more I look at this business, the more I realize it is the one year in seven to 10 years where things go awry that determines your longevity and success than how well you do in the other relative “normal” years. One bad year can wipe out seven years of profits. The lean cow eats the fat cow. Those who manage those bad years tend to outperform and stay in business longer.

However, using simple price protection with insurance or other tools so that you didn’t lose money in the down years would yield over $500/cow more profit over that term. Warren Buffett says; “the secret to making money is not to lose it.” The following graph is an illustration of that. 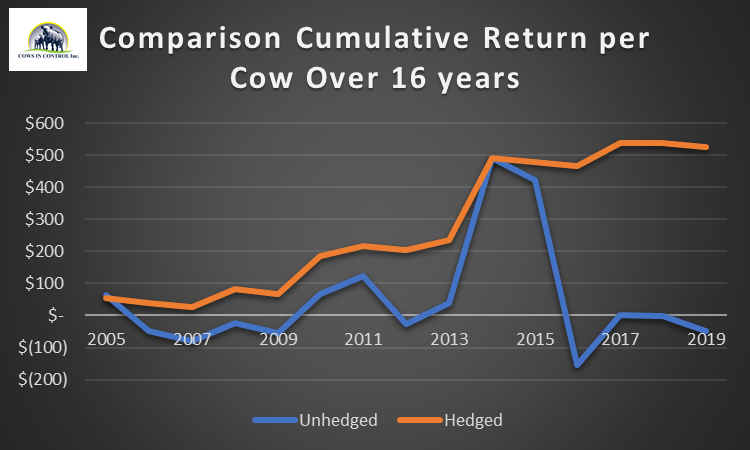 At the time of this writing, 2021 and going into 2022 looks to be a challenge. Dry conditions are threatening and also realizing severe drought. Hay prices are pushing back to $200/ton in a lot of areas, and it is widespread dry conditions from BC to Manitoba and South of the line. When hay prices rise, and feed is short, bred prices often suffer to where ranchers must decide to destock at low prices or buy feed and hang on at great expense to margins.

Are there some preventative strategies for drought like Joseph’s one-fifth stockpiling that can prevent that awful scenario?

Firstly, a major fallacy we have in this industry is the idea of measuring success by how many cows we run. Ranchers fall into the trap of maximizing cow numbers rather than optimizing cow numbers. This doesn’t mean you can’t intensively graze. But it is important to manage numbers as to leave enough residue behind each year.

Stockpiling is critical. That includes leaving residue on your pastures even in a drought. Jim Gerrish often quotes the University of Nebraska study that demonstrated that pastures with 95% ground cover allowed only 15% moisture runoff in a three-inch rain. By comparison, pastures with only 50% coverage allowed up to 75% runoff. What a huge difference! That matters even more in dry years than wet years. We need to capture and retain every drop of moisture we can in dry years, so we must not let dry years be an excuse to overgraze. In the spirit of Joseph, try leaving a fifth of your grass each year in stockpile for those dry years ahead.

Ideally, destocking and stockpiling grass to a level where cattle can graze more days than they are fed on the good years saves feed for those bad years where you might have to feed your way through a drought.

Secondly, a healthy ranch should have a mixture of yearlings as well as breeding cows. Yearling cattle are very liquid and fully price hedgable. “Yearlings are cash”. If a drought comes, it is much easier to sell yearling cattle and free up your feed and pastures than it is to sell bred cows.

Thirdly, though feed can shrink and rot, it is always a good idea to have enough stockpiled for those years when it may be tough to come by or a tough winter. Cover crops are a great way to reduce feeding days and extend grazing seasons. Green oats were always a blessing on dry years on our ranch.

Farmers are now drilling straw residues back into the farm fields rather than baling the straw. This is a good thing for the soil, but straw has always been the drought solution for ranchers when hay is hard to come by. Banking on straw and supplement rations as a drought solution may not be feasible going forward.

If the grain crop yields are too light this year, many of the fields will be turned to greenfeed or silage. This is yet to be fully seen, but I would encourage ranchers to start making relationships with their farmer neighbours to try to tap into some of this supply.

Lastly, besides stockpiling feed and pasture, we can stockpile high prices. Take advantage of price highs when they come. We are looking at drought conditions this year, yet forward prices for calves for the fall are higher than where they have been in the last five years. LPIP or forward selling are great ways to de-risk for possible drought impacts on cattle prices.

So, we are in a drought, our preventative measures maybe aren’t able to avoid this now. What do we do? Here are some suggestions:

Remember most of all, we are entering a new commodity cycle that often lasts 7-10 years in length. Commodities like cattle have been very cheap relative to other asset classes and are due for a major re-valuation higher. Drought is going to be a headwind for a bit, but the skies look blue for cattle beyond that, so keep your chin up, maintain your grass litter and don’t let the lean cow eat your fat cow! 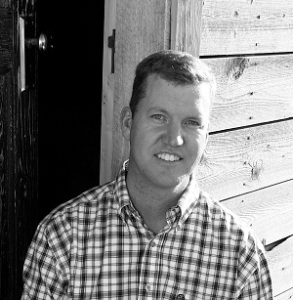 Ryan Copithorne
Ryan's career has involved managing and operating a large historic family ranch as well as building one of Canada's largest multi-ranch cow/calf programs. His current company is called Cows in Control, a company designed to focus on providing financial and risk management advice to farmers to protect the value of their commodities and inventories. Ryan has an MBA from Queen's School of Business, a finance degree, and over 25 years in the ranching and farming business.