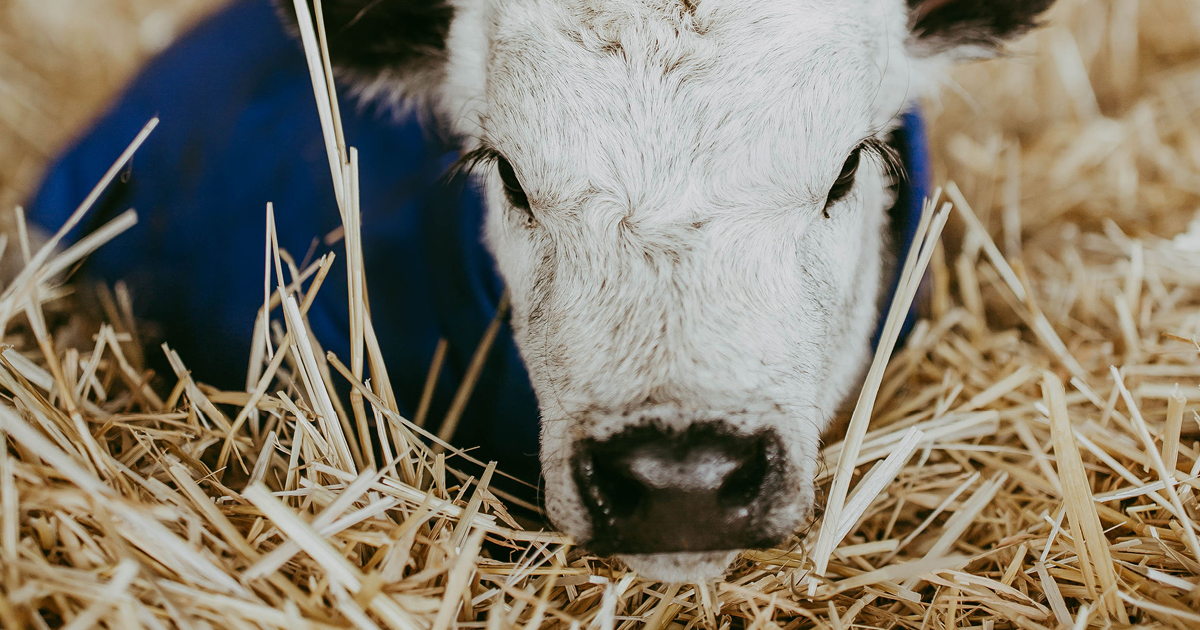 For many of us that grew up on a ranch or work in agriculture, “branding” has a much deeper meaning than the roar of branding pot and a hot iron. It symbolizes many things; tradition, a time to socialize with family and friends, and the sense of both humbleness and pride that comes with knowing we are producing wholesome nutritious food for the other 98%. In recent years, many producers have elected to forego physically applying a hot iron brand to their calves and have re-termed the event, “spring processing.” Regardless of what this annual event means to you or how you characterize it, the most important thing is to ensure calves receive the protection they need to thrive throughout the next stage of production.

Raising healthy calves always starts with the cow. It is imperative that the cow is receiving excellent nutrition that she in turn passes along to her growing fetus and that she is on a comprehensive vaccination program designed to boost colostral antibodies. Ideally, all calves will absorb enough colostrum to protect them through the pre-weaning period. However, research from the University of Saskatchewan and my own personal research through the University of Calgary proves that just isn’t the case. Approximately ⅓ of beef calves in Western Canada do not acquire optimal levels of passive immunity and are predisposed to morbidity or reduced performance. Vaccinating these calves at branding or spring processing provides them the immunity they need on pasture and strengthens their response to the vaccines they receive down the road.

Very few herds, if any, are truly considered closed either due to the introduction of new additions such as herd bulls or unavoidable contact with outside cattle. There’s always that one fence line that leaves something to be desired. Wasn’t that side the neighbour’s responsibility? Anyways, this means that all cow herds encounter various viruses and bacteria throughout the year. The most prevalent respiratory virus circulating in cow herds is BRSV, however BVD, IBR, and PI3 commonly make appearances. Less is known about the prevalence of bacteria as some of these pathogens are notoriously difficult to isolate. In collaboration with Alberta Beef Producers and other industry partners, Veterinary Agri-Health Services, Ltd. recently completed a study that attempted to characterize respiratory bacterial pathogens present in calves at various stages of production.

For this study 660 calves originating from 22 Alberta ranches were enrolled. A deep nasal swab (similar to that very uncomfortable COVID test) was collected at one to two months. age, again at weaning, and finally several months following weaning. At one to two months. of age, a total of 49 calves (7.4%) tested positive for at least one strain of bacteria that causes pneumonia (Mannheimia haemolytica, Pasteurella multocida, Histophilus somni, or Mycoplasma bovis). At first glance, 7.4% doesn’t seem too bad, but what if I told you only healthy appearing calves with no disease history were eligible for this study? Additionally, recovering bacteria from nasal swabs collected in a field setting can be difficult. This means that number is likely quite conservative. By the time these healthy appearing calves made it to weaning, over half had evidence of pneumonia-causing bacteria in their upper respiratory tract.

Now that we know protection against these pathogens is warranted, let’s discuss practical vaccination options. All 5-way respiratory viral vaccines offer some protection against BRSV, PI3, IBR and BVD, however maternal antibodies passed to the calf in colostrum are sometimes strong enough to block the BVD component. Intranasal respiratory vaccines are highly efficacious due to their unique ability to circumvent colostral antibodies however, to date we haven’t been able to perfect the technology needed to vaccinate against BVD using an intranasal route. Despite that, intranasal vaccines still have lots of value as they strengthen immunity at mucosal services, such as the nose or the mouth that are commonly the point of exposure. Intranasal vaccines are often recommended in herds that battle higher than expected rates of calfhood pneumonia, particularly those associated with BRSV, or herds in the midst of an outbreak. Determining whether or not to use an injectable (either modified live or modified live/killed combination) vs. an intranasal vaccine is something you should discuss with your veterinarian. Regardless of the route you choose, calfhood vaccinations have lifelong benefits as they initiate “memory” in the calf’s immune system, allowing them to create a stronger response the next time that calf is vaccinated.

In the aforementioned study, Mannheimia haemolytica and Pasteurella multocida were the most common bacteria isolated at one to two months. and weaning. Vaccines against these two pathogens are available in both injectable and intranasal vaccines and are commonly found in combination with the five viral components. It is important to note that toxins released by some bacteria are more detrimental to the calf than the bacteria itself. As such, bacterial vaccines are often designed to help mitigate the effects of these toxins and in some cases they aren’t as effective at preventing respiratory disease compared to their viral counterparts. Check out the label to further differentiate what each vaccine component is designed to do whether that be aid in the prevention of disease, control or aid in the control of disease, or simply reduce the severity of clinical signs.

That being said, 7- and 8-way Clostridial vaccines are extremely effective against a variety of bacterial diseases and should always be included when putting together your spring vaccination protocol. Contrary to popular belief, the “8” is used to designate inclusion of Clostridium haemolyticum, the bacteria responsible for Red Water disease, not Clostridium tetani, the bacteria causing tetanus. Any calf being banded should receive a Clostridial vaccine with a tetanus toxoid. Unlike knife castration, banding creates areas of dead tissue in the scrotum, predisposing banded bulls to tetanus. Another bacteria, Histophilus somni, is commonly found in combination with these Clostridial vaccines. Including it, in addition to other products and practices as part of your spring processing protocol should be customized in consultation with your herd veterinarian based on opportunities and challenges unique to your herd. Vaccine handling on the day of the event is also extremely important as shaking vaccines too vigorously, particularly those with bacterial components, can increase the chances of a vaccine reaction.

In conclusion, by better understanding pathogens commonly circulating in our cow herds and by properly vaccinating calves, we can improve preweaning health and performance translating to added value through the entire beef value chain. Whether that lingering smell of smoke comes from the branding pit or from some rocky mountain oysters sizzling on the grill, spring processing is a time to celebrate that we endured yet another winter and grass turnout is imminent. Those calves are the result of many months of hard work and care and they will forever carry your stamp of quality regardless whether they carry a brand.

This article was first published in the May 2021 edition of ABP Magazine. Stay tuned to ABP Daily to see more content from the magazine.

Elizabeth R. Homerosky
Elizabeth R. Homerosky was born and raised in southern Ohio, where she was actively involved in her family's cow-calf operation. She earned her DVM at Ohio State, and attended graduate school at the University of Calgary. Dr. Homerosky joined Veterinary Agri-Health Services (VAHS) in 2016, and has since been awarded Food Animal Educator of the Year by WVC, named AABP's Emerging Leader, and became a partner at VAHS. Dr. Homerosky ranches west of Crossfield, Alberta.