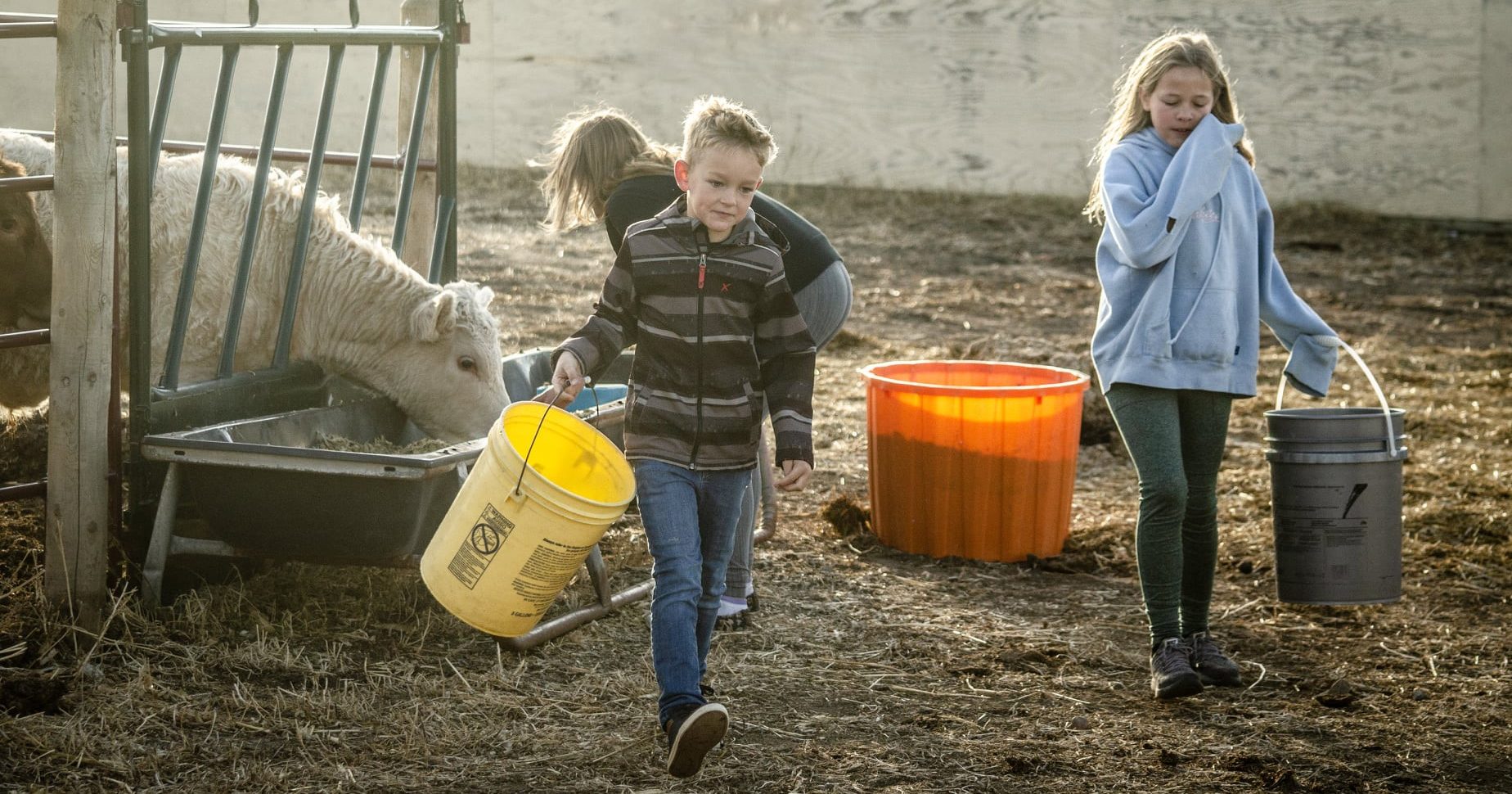 Connecting agriculture to curriculum in the classroom

Inspiring Youth, Building Community and Next Generation in Agriculture

For many past generations of youth who grew up in rural Alberta, farm and ranch chores were part of the daily morning and evening routine before and after school. For a growing number of rural schools today, students are now doing chores when they get to school.

At Altario, a tiny school in the Special Areas of east central Alberta, students drop their backpacks and head  to the school’s student-led farm to feed the chickens, turkeys, sheep, steers and bred cows.

“It only takes 10 to 15 minutes to get all the chores done because there are so many kids. It’s like a beehive  there is so much activity,” says Kevin Van Lagen, Altario School principal.

Students can study general agriculture in all high school grades, take beekeeping courses, or take classes  towards becoming a greenhouse technician. Soon the school will add a class in animal husbandry as well, to look after the school’s goats.

In 2014, when the agriculture project began, the school’s goal was simply to let their graduating students know about the variety of opportunities for agriculture careers.

“We never envisioned we would have animals at the school,” says Van Lagen.

As manager of the student-led farm’s beef program, Van Lagen’s son, Lucas, 15, collects the younger students assigned to help him that week, to care for and feed the three steers on their school farm. In addition to the three steers are three 4-H steers belonging to students of Canadian immigrants, whose families work on nearby farms.

“We teach them how to take proper care of the animals and be safe around them,” says Lucas.

Growing up in Lethbridge, Lucas had little connection with agriculture before moving to Altario. Last year, he was the student-led farm’s general manager. This year he is the beef manager, and has since joined the local 4-H club with plans to become a veterinarian after graduation.

“When the student-led farm opened up I thought it would be really fun because I never had a chance to  grow up on a farm,” says Lucas.

In the spring, the students of Altario join community members to work in the large community and school garden, study the Chinook Applied Research Association plots beside the school, or walk-through a nearby field with the local farmer to discuss his plans for the field.

About two hours west of Altario, at École Secondaire Lacombe Composite High School, about one quarter  of the 850 students are enrolled in one of the many agricultural credit classes.

Students can study general agriculture in all high school grades, take beekeeping courses, or take classes towards becoming a greenhouse technician. Soon the school will add a class in animal husbandry as well, to look after the school’s goats.

“It is so powerful. I pinch myself every day. We just have to be able to listen and follow our students’  passion,” says Steven Schultz, a teacher leading the agriculture classes at the high school.

The school’s agriculture project started in 2007 and the agriculture classes have since become an inspiration for students and the community. In the school’s 850 sq. ft. geodesic tropical greenhouse, powered by four renewable energy systems, students grow bananas, figs, pineapples, lemons and peppers.

“The students are developing life skills and learning resilience,” says Schultz. “It is providing them with an  opportunity to recognize and discover their passion.”

Both Schultz and Van Lagen said the key to the agricultural success at the schools is community involvement. For example, Van Lagen says that at his school’s first fundraiser the first steer project was auctioned off nine times and raised $39,585.

“The community was so excited about it,” says Van Lagen. “That kind of support just gives you the green  light to continue. We have local citizens that mentor the students. Part of that is for sustainability. The program continues because it is not dependent completely on teachers’ expertise. You need to bring the community in,” said Van Lagen.

This year, the steers in the Altario school program will be butchered and the cuts of meat sold through the  school’s new student-led retail store. Their goal is to have students raise animals on their own farms and sell the meat through the school’s retail store.

The Altario school’s success also means the community’s success. In 2014, when the project started, only 15 people lived in the hamlet, including one youth. Today there are 39 people in the hamlet, including 13 youth and the local government is looking at subdividing more lots for new houses. School enrollment went from 49 to 62 and students now brag about the cool things happening at their school.

“The number one thing is the school has a vibrancy to it and the students are proud of being part of the  school. There is a sense of pride and renewal to the school and we’re growing as a school and growing as a community,” says Van Lagen.

Van Lagen says too, that when governments talk about rural revitalization, or investment in rural Alberta or  agriculture, it is important to understand that it will not be successful without strong rural schools. The  growing interest in agriculture-based schools is a step towards keeping families in rural Alberta.

Schultz agrees and says integrating agriculture classes into the curriculum is one part of solving the growing  shortage of agriculture workers in Alberta. An important problem to solve as Alberta agriculture has one of the fastest growing labour gaps that is expected to triple in size from 7,000 to 23,000, by 2025. It is not only a provincial problem either. In fact, The Canadian Agriculture Human Resource Council estimates the gap will widen across the country with 113,800 jobs in agriculture left unfilled across Canadian agriculture by 2025.

“Agriculture is our second largest industry in the province and yet we are not teaching it to our students. It’s a crisis and people are ignoring it,” says Schultz, who feels that focusing on youth, new Canadians and those who have not grown up on the farm, may help ease the labour shortage. “It’s a shortage that can be solved by integrating agriculture into the curriculum and creating an excitement about agriculture.

This article was published in the May 2021 edition of ABP Magazine. Stay tuned to ABP Daily to see more content from the magazine, and update your contact information to receive the next issue. 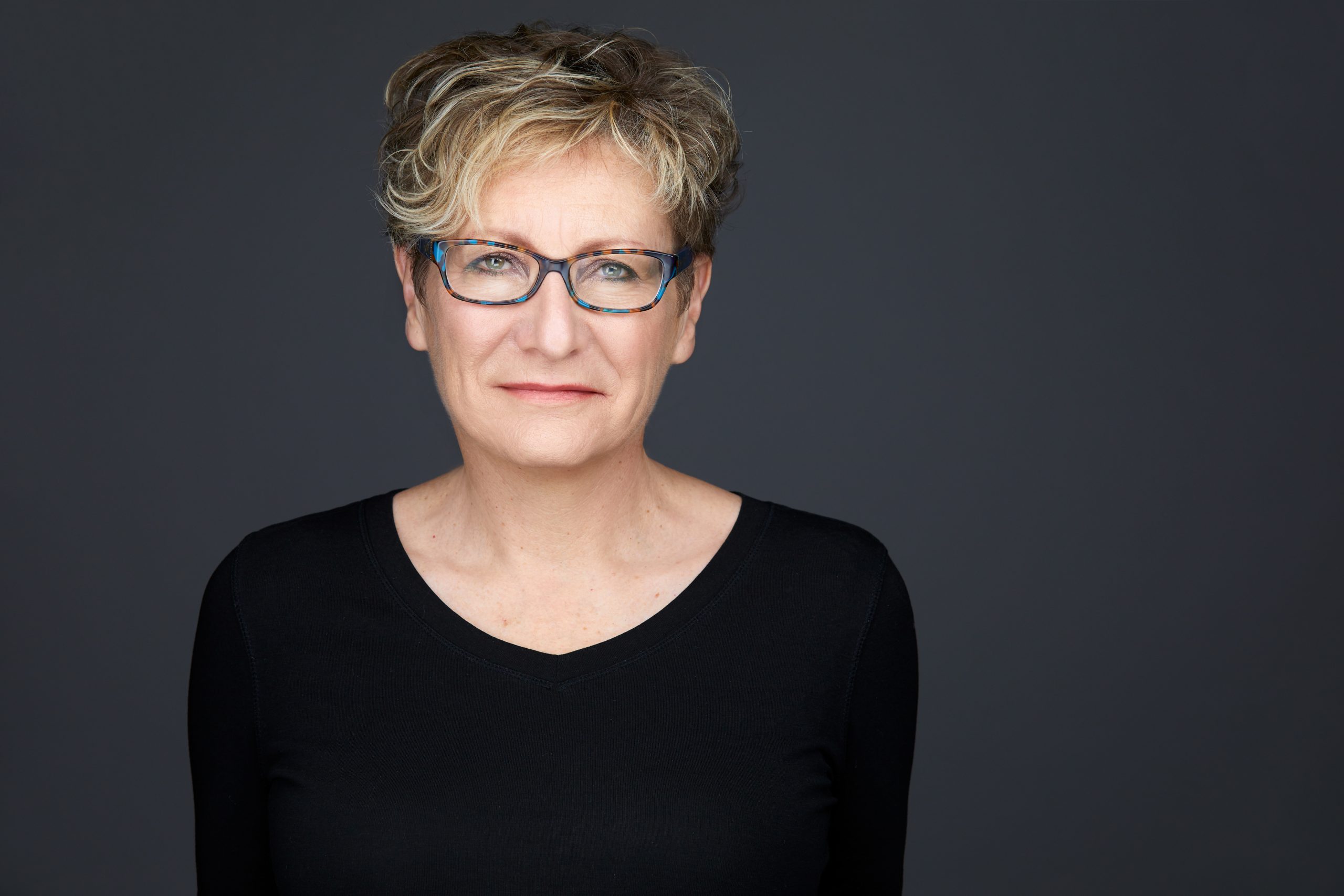 Mary MacArthur
Mary MacArthur has spent her life in agriculture talking to farmers around the world. When Mary isn't writing about agriculture, or taking photos, she spends her time running and hiking.