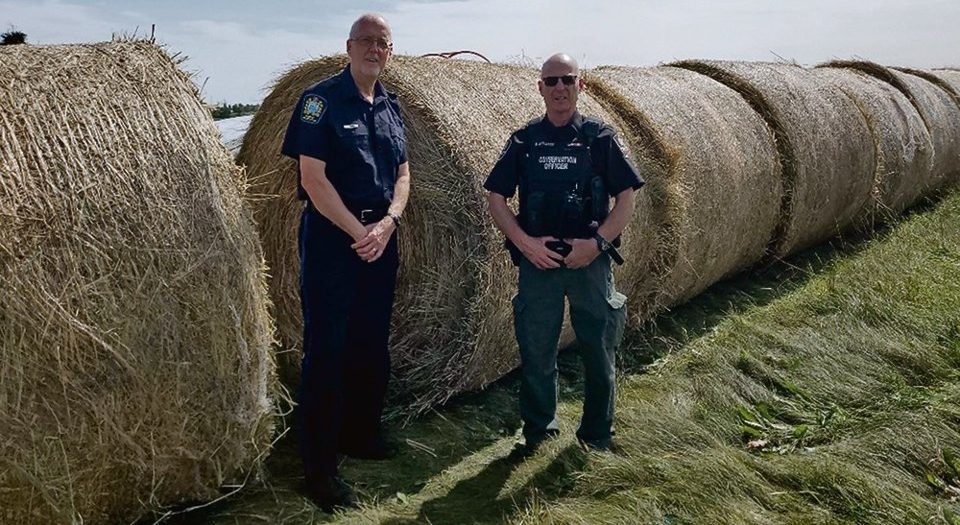 Hay illegally baled from an Alberta park and seized by RCMP and then stolen reflects desperation of livestock producers as historic drought threatens the Prairies.

Theft of about $10,000 in hay bales gathered without a permit from a provincial park in Alberta, and then stolen before they could be donated to a charity, is being seen as an example of the desperate situation many livestock producers face.

Due to widespread drought and heat waves that have caused poor hay crops and rising prices across much of Western Canada, “people are going to whatever length to secure feed,” said Stuart Dodds, provincial supervisor for the Alberta SPCA.

After the round hay bales were found in the park by conservation officers, Alberta Environment and Parks decided to donate them to the SPCA. However, the bales were removed by an unknown party before the charity could pick them up.