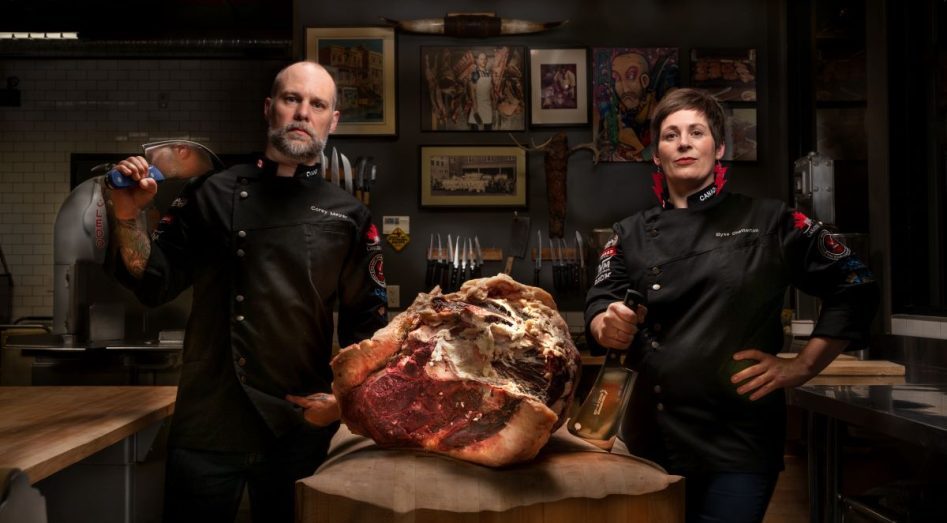 Our Alberta beef ambassador and Master Butcher, Corey Meyer, recently came out from behind his meat counter at Acme Meats in Edmonton, Alberta, to represent Team Canada, and compete against the best butchers from around the globe at the World Butchers’ Challenge (WBC) on September 3, 2022, in Sacramento, California.

Often referred to as the “Olympics of meat,” Corey was joined by five other professional butchers from across the country, who represented Team Canada, to battle for the title of the world’s best butchers.

The concept of the World Butchers’ Challenge is to develop an environment where butchers strive to exceed industry practice in areas of general workmanship, meat cutting, displaying and the creative usage of beef, lamb, pork, and chicken product.

Not for the faint of heart, the art and skill of butchery is demanding. Step that up a notch in a competition that has you transforming a side of beef, a side of pork, a whole lamb and five chickens into a themed display, within three hours and 15 minutes. No easy feat.

“This was the first time Canada entered a team in the WBC,” says Corey Meyer.

“Thanks to the support of our sponsors like Canada Beef, the team worked long and hard both individually and apart, to train and practice for the competition for three and a half years leading up to the event. At the event we divided the team into roles with two breakers breaking down the proteins, two trimmers further trimming the meat product down and cutting it into appropriate sizes. Then from there, they passed it on to the two finishers, who creatively plated and fancied the meat up for presentation. It’s all the true definition of teamwork,” says Corey.

When the WBC started in 2011, it was a feisty competition between New Zealand and Australia. Now the biannual butcher competition extended its team list to feature 13 countries, including this year’s champions, The Butcher Wolfpack Team Germany. It’s a growth in tandem with the heightened popularity and interest in the butcher culture in the past decade. The trend is seeing a rise in raw meat cuts on social media as well, as more consumers are showing interest in how their food arrives to the plate.

“We competed amongst the best of the best, and although we didn’t win, we placed 11th. I pay a lot of respect to those teams,” says Corey. “It was also nice to see women competing in this challenge. We are seeing a growing trend of women joining the profession and it is fantastic.”

With excerpts from Edify: edifyedmonton.com/food/sourcing-prep/blades-of-gory/ 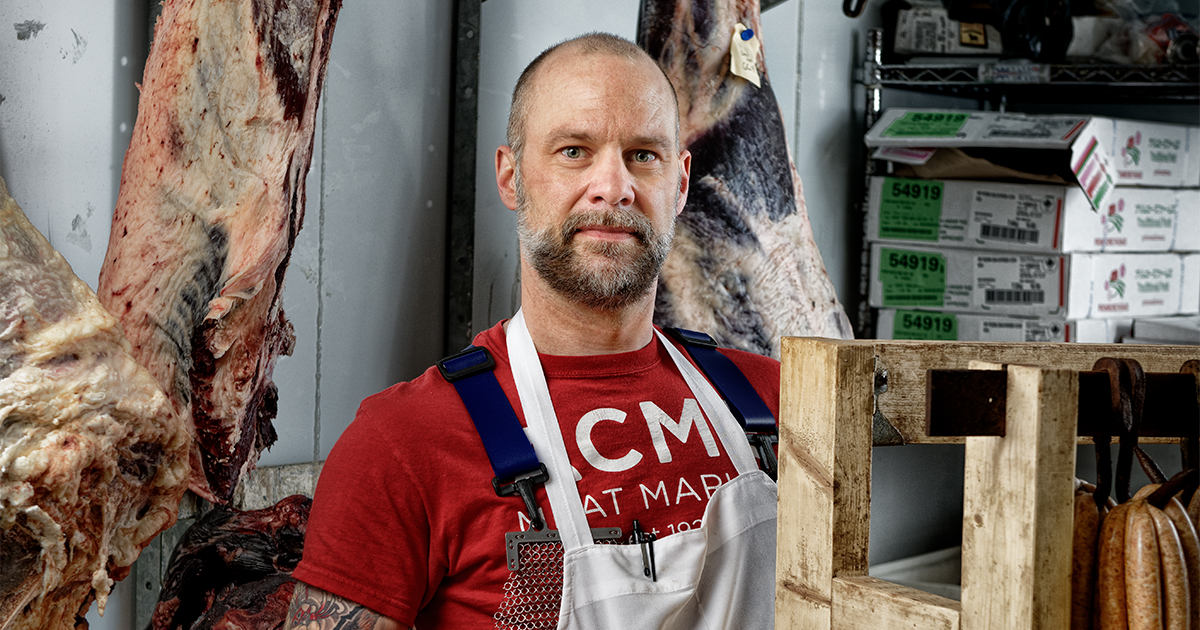 
Corey has worked as a butcher at ACME Meat Market in Edmonton since 1996, and ACME has served customers since 1921. Known as “Corey the butcher,” this beef guy is an outspoken industry supporter and member of Canada’s Team entry in the World Butchers Challenge.