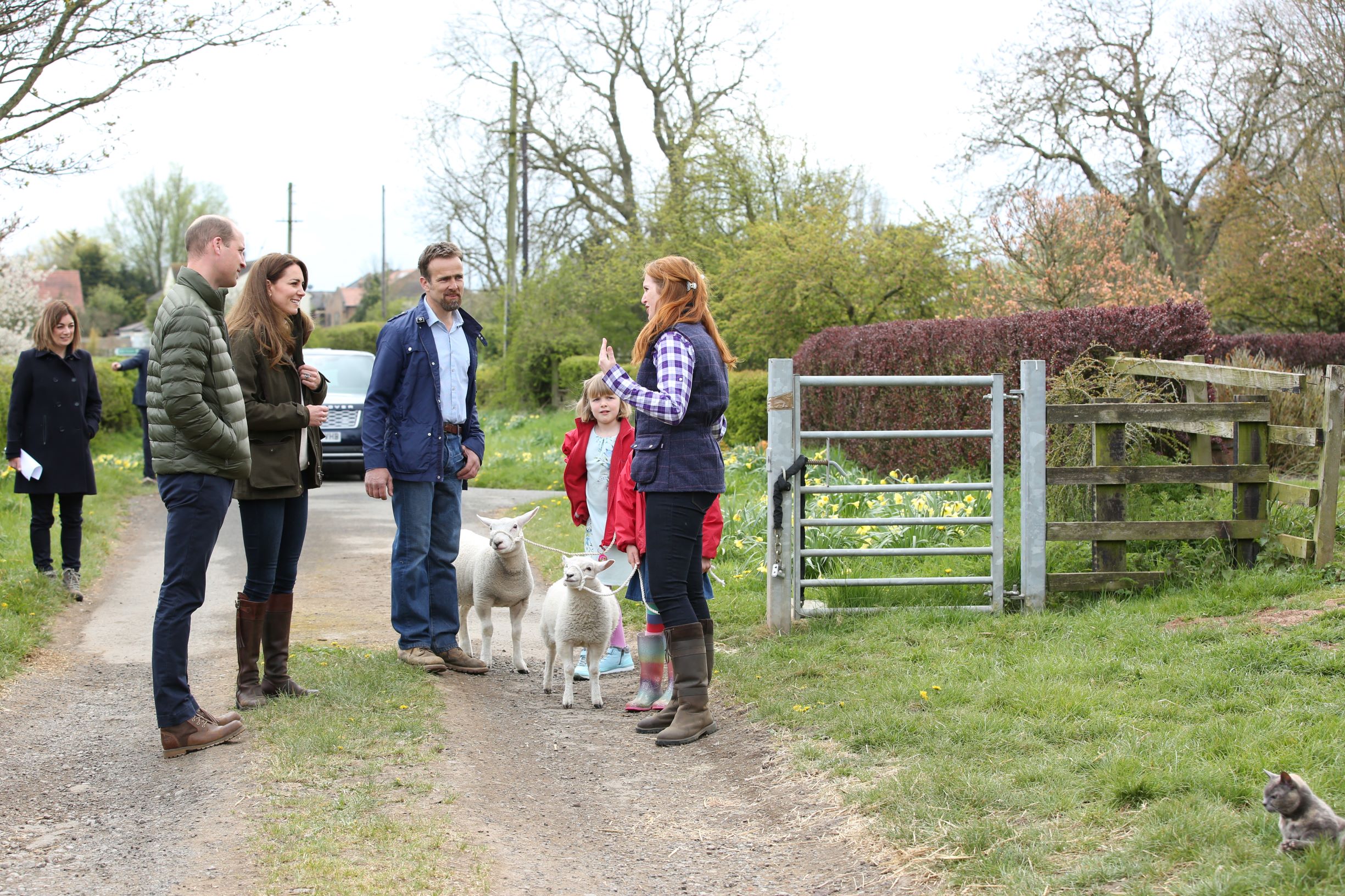 British farmers open their gates to Royals and Prime Minister

Two family farms have some pretty incredible photos for their albums after the Duke and Duchess of Cambridge and Prime Minister Boris Johnson set aside some time for (separate) tours last month.

One British farm family has a pretty unique story to tell, after the Duke and Duchess of Cambridge took a tour of their operation last month.

Clare Wise and Stewart Chapman run a mixed cattle, sheep, and arable farm near Darlington, England (about 400km NNW of London). The family focuses on protecting livestock health and welfare, and environmental sustainability.

While there were moments of fun — like Their Royal Highnesses, the Duke and Duchess, each having a turn at driving a tractor — the tour also covered some serious topics for farmers in England and Wales, including:

“It was an incredibly proud day for the region’s farmers, who were given a wonderful opportunity to sit down with Their Royal Highnesses the Duke and Duchess of Cambridge and talk openly about their farming passions – everything from sheep welfare to soil improvement – and how they have coped over the past year,” said NFU North East regional director Adam Bedford.

“I know we were all delighted to experience the genuine interest showed by The Duke and Duchess about the farm, the challenges of the pandemic and the contribution that farming can make to the nation. British farmers not only provide a fantastic menu of delicious, nutritious, sustainable food, but also a superb farmed environment that has contributed so much to people’s mental health and welfare over the past year.”

On another farm, in the Peak District National Park in Derbyshire, Stuart and Leanne Fairfax and their three children hosted Prime Minister Boris Johnson and NFU President Minette Batters.

“It was quite surreal to have the Prime Minister visit us today but it was great for him to get on farm and see what we do. We’re right in the middle of lambing season, so it’s an incredibly busy time,” said Stuart.

The Fairfaxes are tenant farmers who raise sheep and cattle, with over 200 acres in a “Higher Tier Countryside Stewardship agreement.”

As part of the tour, they spoke about how farming and food production works for the environment, drawing on their unique situation in the Peak District. They also discussed uncertainties in the ag industry there.

“The Fairfaxes are a fantastic example of a family farm who are working hard to produce the safe, traceable and nutritious food that the nation values so much,” said Batters. “It was great to see the Prime Minister so engaged in farming’s integrated approach.”

“Particularly here in the Peak District, he saw just how integral farmers are to maintaining and enhancing our iconic landscapes, whether that is maintaining dry stone walls or looking after hedgerows.