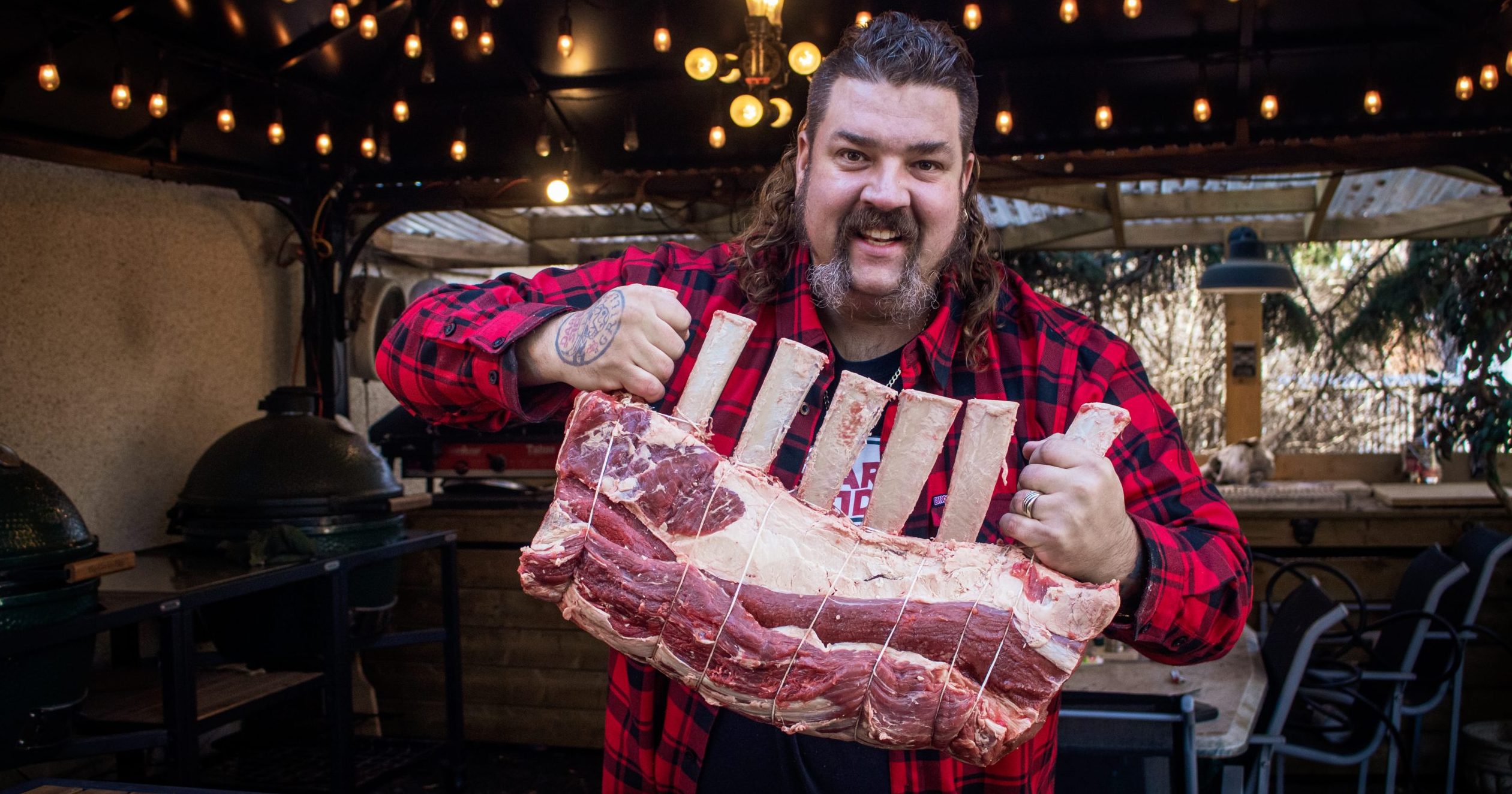 Get out of the roast rut with a BBQ pitmaster

When you have nearly 65,000 followers on Instagram watching you work your magic on the barbeque, you must be doing something right. Mel Chmilar Jr. is an Alberta welder who began cooking for his buddies at the shop in Edmonton. It only exploded from there.

“When I was 18 or 19, the guys would come home from the rigs and they’d grab a case of beer and a bag of meat and show up at my place,” laughed Chmilar. And because he was constantly cooking, he thought he’d begin posting his creations and preparation on social media for others.

The art of the roast with Corey Meyer

This self-proclaimed welder, husband, father and pitmaster is always looking at improving his cooking skills and making cuts of beef an elevated experience. One of the ways Chmilar celebrates cooler weather is with a great roast.

A warm roast, cooking in the oven with a side of carrots and potatoes is a staple for most Albertans in the winter. However, it can get monotonous, so Chmilar has some suggestions for looking at the roast a little differently and using a grill.

Take the roast out of the fridge (his favourite is a three to four-bone rib-eye) and let sit on the counter for an hour. Fire up the barbeque, “or even better, a charcoal barbeque,” says Chmilar. “Fire it up to 300 or 325.”

If he has friends over and wants a higher-end presentation, he will French the ends of the bones and expose them about an inch-and-a-half. “If you have some butcher’s twine, you can wrap a few rings of that around to hold it in shape.

Chmilar prefers to let the meat do the talking. “I love a little bit of salt and pepper and then coat it completely in Montreal Steak Spice so that it creates a nice, hard crust.” He also splashes olive oil over the roast.

Chmilar recommends putting it over indirect heat, suggesting that the internal temperature of the meat should get to 120 to 125 degrees. “Then you are going to want to pull it off the grill and crank that barbeque to 400 or 450 degrees. Then cook indirectly until the meat hits 130 degrees and take it off and let rest for 15 minutes,” adding, “you are going to have the perfect prime rib.”

Chmilar recommends buying from your local butcher if possible. He’s a big supporter of Alberta agriculture and the first person to champion Alberta Beef at competitions and on his social media.

This article was first published in Volume 1 Issue 4 edition of ABP Magazine (November 2021) under ‘Roasts Reimagined: Get out of the Roast Rut with a BBQ Pitmaster.’

Watch for more digital content from the magazine on ABP Daily. And check out Mel Chmilar Jr.’s seven-bone rib roast, below: