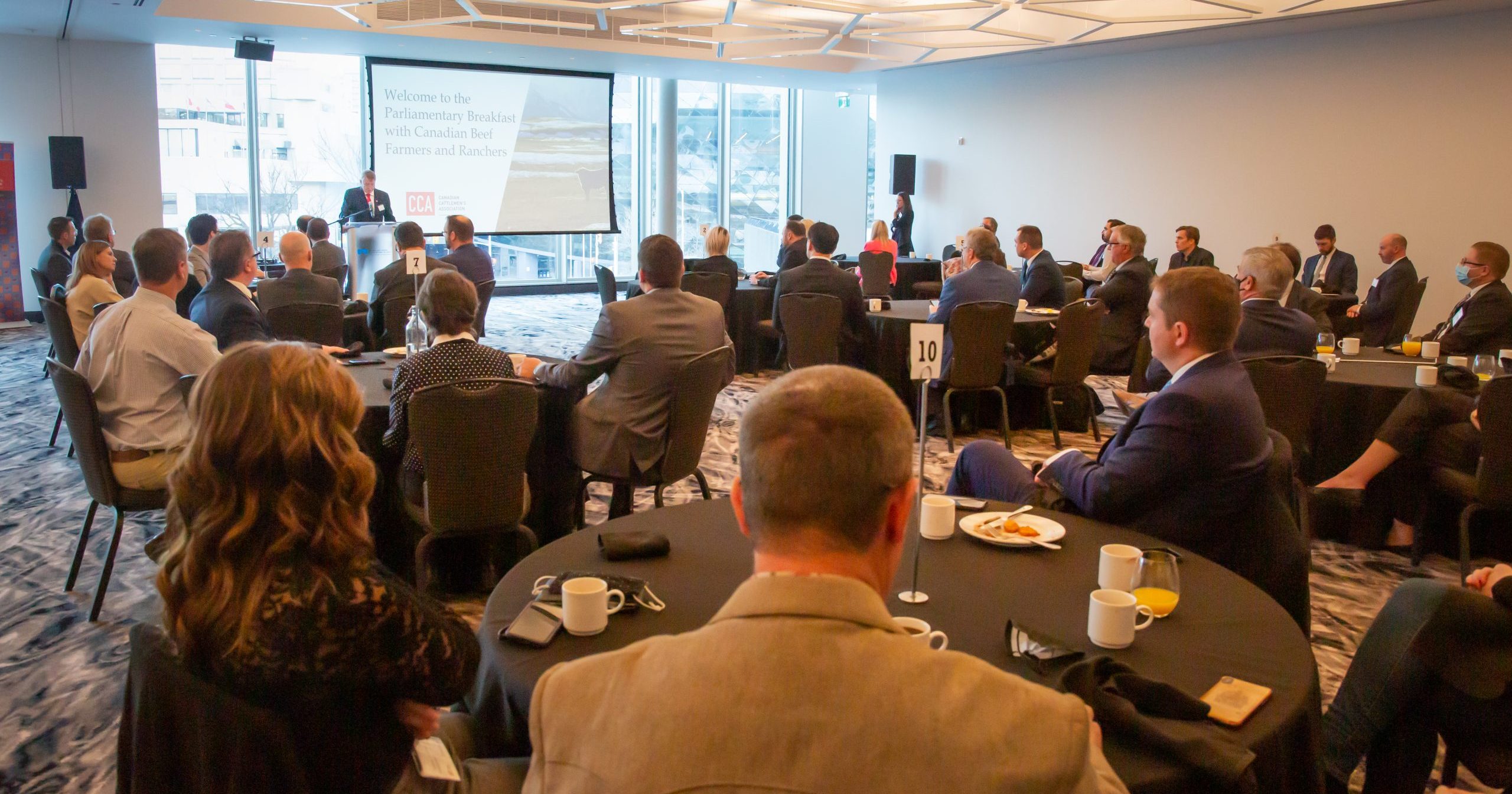 December 29, 2021 Checking in with ABP
by Canadian Cattle Association (CCA)

Guardians of the Grasslands premiers on Parliament Hill

In early December, the Canadian Cattlemen’s Association (CCA) held an inaugural breakfast with key Parliamentarians who have been constant champions for agriculture. The breakfast gave CCA directors the opportunity to meet with a wide range of MPs, Senators and political staff and discuss the beef sectors’ main priorities heading into the 44thParliament. The breakfast was also an opportunity to premiere Guardians of the Grasslands for Parliamentarians in-person.

While CCA has presented the film virtually for a wide range of audiences, including Parliamentarians, this was the first in-person opportunity, due to pandemic restrictions.

Following the screening, Bob Lowe, President of CCA, closed the breakfast thanking folks for their attendance. He describes what he saw in the audience as, “barely a dry eye among politicians—they were in awe at what they had seen on film.”

Guardians of the Grasslands goes public

Discussions with Parliamentarians followed the screening with very positive feedback on the film and many folks asking how they can do more.

CCA distributed the film link to all who RSVP’d and after the event, there was a flurry of social media engagement activity from those who had been at the breakfast, sharing the film and encouraging their constituents and other policy influencers to watch the film online.

With two new documentaries being created now, CCA looks forward to building on the momentum—sharing the positive environmental story of Canadian beef producers.