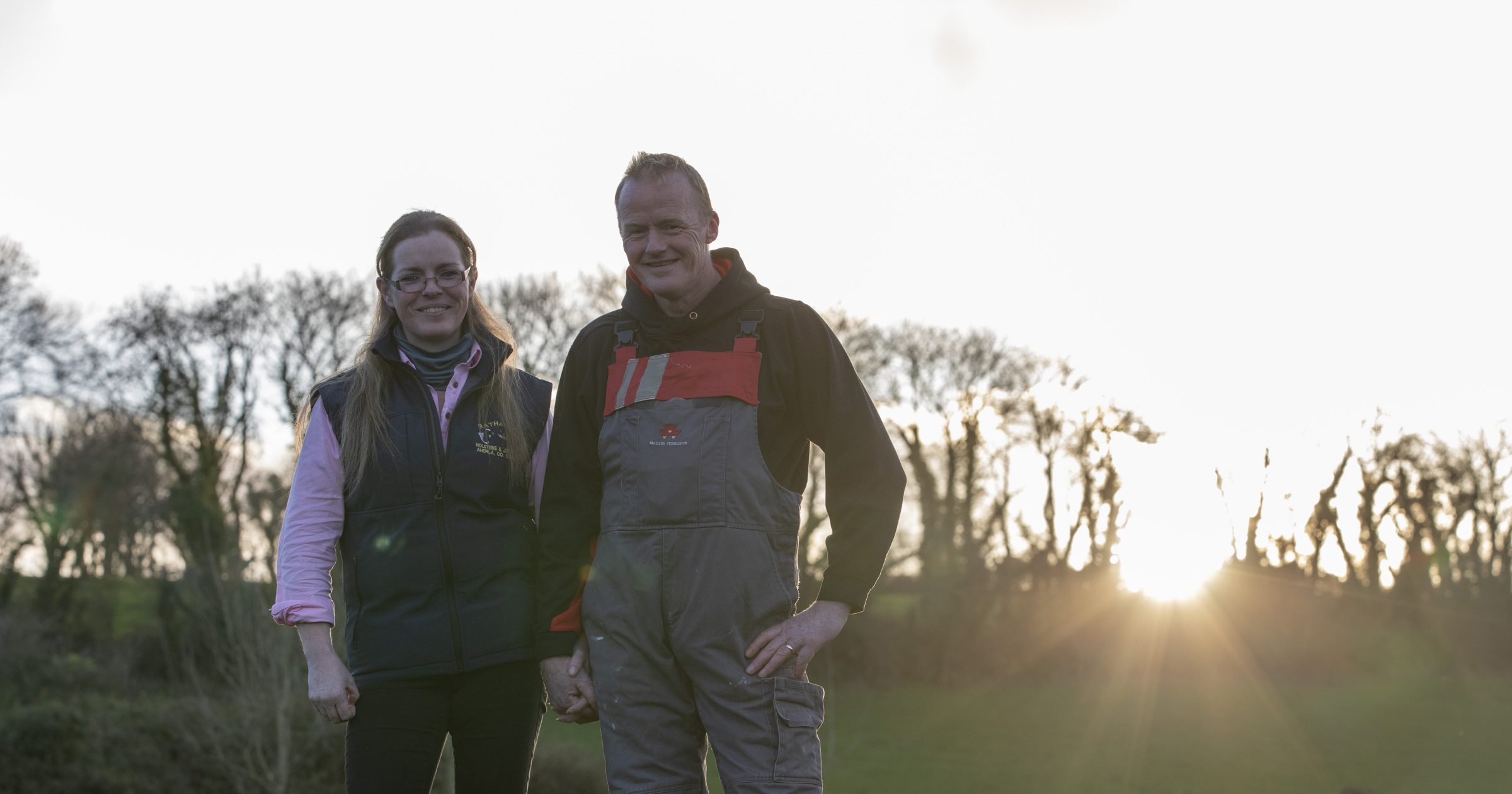 Three years after winning Farmer of the Year, and starting to speak publicly about personal experiences with depression, Peter (Pete) and Paula Hynes had a conversation that led to the start of a global initiative.

It was during Farm Safety Week, when the Hynes duo realized Ireland loses more farmers to suicide than farm accidents.

“And we just felt at the time, right, if you really want to have a powerful voice, you do it as a united voice, and why not try and start up a global awareness week for mental health in agriculture,” says Pete.

“It’s a week that will bring awareness to all the wonderful support services that are around the world.”

When Pete first opened up about his own struggles with depression, in 2017, it raised a few memories and wounds.

Need to talk? Here are some resources from across Canada

Before that, only his wife and counselor about Pete’s journey.

“I knew that there was something up with him for ages and ages, but it took him so long to open up because i think he felt embarrassed about it,” says Paula. “So, the whole point of trying to get people more open and break down the stigma is to know there’s nothing to be ashamed of, and to know…it’s just literally pick up the phone or send a message to someone.”

In its inaugural year, Ag Mental Health Week saw the involvement of guests from six different countries, ambassadors from 11, and global involvement on social media.

According to Pete, this year will see similar involvement. And while Pete and Paula hope to see the initiative expand into more countries, and across more languages, that’s not to know they’re making a difference.

“I guess for myself and Paula, it was always, if Ag Mental Health Week saved one farmer’s life or encouraged one farmer to go and seek support, then it was a week worth running. And if it can do that in itself year-on-year, well then it’s making a difference.”

Ag Mental Health Week will feature a series of panel discussions, with varied perspectives, including family members of loved ones who faced a mental health crisis.

“We’ll have daily tips on how you can manage your mental wellbeing on all platforms, and then for the seven nights of Ag Mental Health Week, we will have livestreamed panel discussions, which we livestream onto Facebook. And the reason we do it that way is so that anyone that wants to watch can watch totally anonymously, and anyone, anywhere in the world can watch it.”

“And then on the 13th of October, we are doing Mile for Mental Wellbeing,” says Pete. “So we are encouraging as many people around the world to go out and run or walk a mile that day, to highlight the importance of taking a break from the daily routine, getting out, having a bit of physical exercise and just prioritize your mental wellbeing.”

“You’ll see all five of us. The three girls will be out with us as well,” adds Paula. “You’ll see us floating around somewhere on social media with a picture of us doing a selfie — Pete is kind of a selfie king. He loves the selfies.”

You can also join the conversation on social media, using #agmentalhealthweek and share photos of your #mileformentalwellbeing.